You are here: Home / Health / Why Menopausal Women Are Prone To Having Fractures

Every woman goes through menopause usually around the age of 50 and it could be a very trying time in the life of a woman. With all the hot flashes and mood swings, you’ll wonder if there are more issues women have to deal with. But, there’s more. Menopausal women are prone to having fractures due to some of the changes they go through.

Menopause is basically when a woman’s menstrual cycles stop (meno-pause = menstruation pause). The average age of menopause is 51 years. It is clinically diagnosed when menstruations have stopped for 12 consecutive months.

Although menopause is said to have occurred after 12 months of absent menses, there’s a period called perimenopause that occurs in the years leading to menopause. During this time, the menopausal symptoms develop and gradually worsen until menopause.

How Do I Know I am Going Through Menopause?

Menopausal symptoms affect women differently. Some may have all the symptoms while others may have none. Some of the commonest symptoms are

Why Does Menopause Happen? 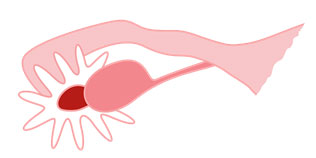 First of all, menopause is a normal state of health. It’s one of the normal changes that can happen to a woman’s body as she gets older. The science behind it is pretty straightforward.

When a female is born, she has some eggs in her ovaries which are released every month from the time she begins to menstruate. The ovaries produce some hormones called estrogen and progesterone.


These are the hormones that cause the release of the eggs thereby regulating the menstrual cycle. During menopause, the ovaries reduce the number of hormones it’s secreting so the eggs aren’t released like before.

Then the menstrual cycle first begins to go awry before it finally stops. This is why there is a period with symptoms of hormonal changes before menopause actually happens.

If you feel you might be going through early or premature menopause, please see your doctor with your symptoms and a record of your menstrual cycle. She would likely run tests on you to confirm if you are going through menopause and then figure out why.

What Is The Relationship Between Estrogen And The Bones? 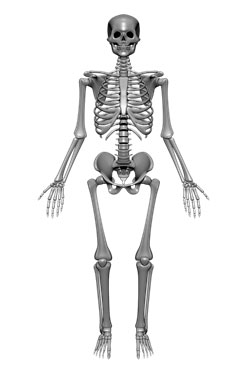 Estrogen is a very important hormone for the development of strong bones. Simply put, there’s a war between two types of cells in our bones. The osteoblasts are the cells that make new bone and the osteoclasts are the cells that destroy old bone. There’s a delicate balance in the functioning of these two cells and estrogen helps maintain this balance.

A consistent reduction in bone mass leads to osteopenia which is like a midpoint between healthy bones and really bad bones. If osteopenia isn’t corrected or slowed then it will lead to osteoporosis.

Osteoporosis is when you have really weak and brittle bones due to the increased function of osteoclasts over osteoblasts. It is a silent disease occurring without any pain until there’s a sudden, unexpected painful fracture usually from a minor fall. Weak, brittle bones are prone to breaking with just a little pressure applied to it. This could cause mobility issues, and they might require a knee scooter to move around.

Can Osteoporosis be prevented or treated?

The good news is yes! Prevention, they say, is better than cure. So let’s start with the preventive measures. The trick is to make your bones as strong as possible before and during menopause so that it takes a longer time to get to the point of really low bone mass. Here’s how:

If you have already been diagnosed with osteoporosis, then, unfortunately, you are prone to fractures. However, there are medications available to help reduce your risk of fractures such as bisphosphonates, hormone replacement therapy, and calcium and vitamin D supplements. Also important is to reduce your risk of accidental falls. Please see your doctor and ensure you keep regular appointments to avoid debilitating illness.

Menopause and osteoporosis have a strong association; the earlier preventive measures are taken the better the quality of life you enjoy in your menopausal years. 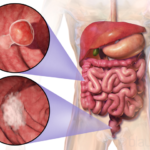 How to Boost Your Immune System?

Why Does My Stomach Hurt After I Eat