You are here: Home / Green Tea / Is Green Tea Dangerous to Drink During Pregnancy?

Drinking green tea isn’t recommended for a pregnant woman due to the caffeine present in the tea. Caffeine can cause frequent urination that may lead to dehydration. In the same manner, dehydration can cause complications during pregnancy such as premature labor and low amniotic fluid.

To keep our body hydrated, we should drink at least 8 glasses of water every day. But, a pregnant woman should drink more water because it is essential for the formation of amniotic fluid and the placenta.

While pregnant there are foods that you should avoid and beverage that you shouldn’t drink. Your doctor may warn you not to consume too much coffee because of its caffeine content. On the other hand, is green tea safe during pregnancy?

Green tea contains high levels of polyphenols, an antioxidant that gets rid free radicals inside your body. According to research, the antioxidant prevents the signs of aging, protect the heart and reduce the risk of developing cancer.

How much caffeine is in green tea?

The caffeine content of green tea depends on how strong it is brewed. But, the amount of caffeine in green tea is lesser as compared to what is present in coffee.

Caffeine is a stimulant and it can penetrate the baby’s bloodstream by crossing through the placenta. This is the reason why doctors were concerned about the negative effect on the development of the fetus.

Studies showed that high intake of caffeine can cause pregnancy issues such as premature birth, miscarriages, low birth weight and withdrawal symptoms in babies [2].

Caffeine is associated to retard fetal growth in terms of weight and head circumference as well as shorter birth length.

Likewise, the fetus of a pregnant woman who greatly consume caffeine is at risks to suffer congenital malformations. A research reported that maternal caffeine consumption can cause neural tube defects. Caffeine consumption is also linked to fetal death.

How Much Green Tea is Safe to Consume During Pregnancy? 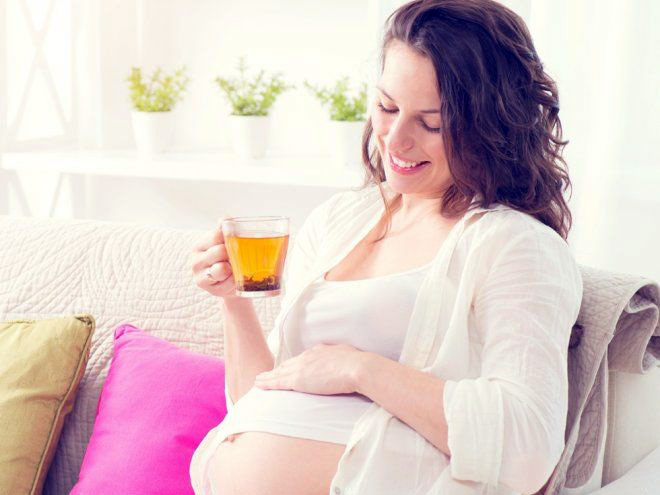 Although caffeine offers many health benefits, but as much as possible it should be avoided during pregnancy. A pregnant woman may take less than 200mg of caffeine, but it is recommended to consult your Ob-Gyne for your safety.

Even if green tea has lower level of caffeine, but pregnant woman should not drink green tea close to bedtime as it may affect the sleep.

Likewise, if a pregnant woman is experiencing gestational anemia, drinking tea or coffee must be avoided.

You can consider other safe pregnancy teas or try switching to healthy smoothies. This is healthier and may increase your strength.

Green tea is a non-herbal tea because it is extracted from leaves that’s why it contains lower of caffeine. However, it also poses negative impact to the baby inside your womb. There are cases in which pregnant women experienced miscarriages due to caffeine intake.

There is also evidence that green tea has negative effect to folic acid absorption, thus affects the growth of the fetus. When the caffeine absorbs into the placenta, it will affect the metabolism of the unborn child and increases the fetal heart rate

Caffeine is one of the ingredients in coffee, tea and chocolate as well as energy drinks and colas. It is a stimulant that gives a wake up boost that’s why it is commonly used.

There are studies reported claiming caffeine to provide many health benefits, but it also has negative effects to people experiencing anxiety and may also impact sleep.

As it stimulates the central nervous system and the brain, caffeine can prevent tiredness and keep you alert. You can find caffeine in coffee, chocolate, tea, energy drinks and soft drinks.

A study showed that consuming caffeinated coffee or tea lowers the risk of attempting suicide and depression [3]. It may also reduce the risks of developing brain diseases like Parkinson’s and Alzheimer’s [4, 5, 6, 7].

As it stimulates the central nervous system, caffeine intake enhances the metabolism and speed up the fat burning process [8, 9, 10].

Caffeine can be utilized as fuel to improve your exercise performance. It helps to keep the glucose in the muscles for longer time, thus prevents muscle exhaustion yet increase tolerance to fatigue [11, 12].

Consuming caffeine before working out can improve the endurance performance.

Drinking green tea during pregnancy has raised debate whether it is safe or not. Knowing the negative effects that caffeine causes to the fetus, it’s recommended to avoid intake or limit your daily consumption.

A research showed that green tea can alleviate the pain and discomfort associated to pregnancy. But, it’s essential to consult your healthcare provider before using green tea. 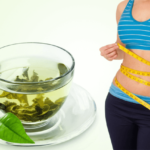 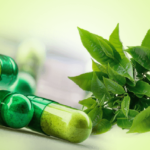